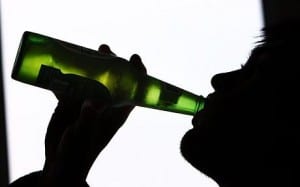 The Superbowl is just days away and for many revelers that means enjoying some cocktails while rooting for their favorite team.  Too much imbibing also means a Monday morning hangover.  There are a lot of misconceptions out there about how to avoid and cure hangovers—like eating a late night snack to absorb the alcohol in your stomach or drinking coffee to cure a hangover.   Here are a few mythbusters:

Fact: Many people have a glass of wine to help them sleep, but actually alcohol disrupts sleep.  While a nightcap may help you fall asleep more quickly it interferes with the quality of your sleep.  You don’t spend enough time in the deepest cycle of sleep called the REM cycle and since you sleep more lightly you wake up earlier.

Myth: Take acetaminophen before bedtime to relieve your hangover in the morning.

Fact: Taking acetaminophen is actually potentially very dangerous.  Normally when you take acetaminophen your liver metabolizes it by converting it into harmless compounds, but when you’ve been drinking, the liver is busy metabolizing the alcohol so it shunts the acetaminophen to a separate pathway that metabolizes it into toxic compounds.  These compounds can cause liver inflammation and possibly liver failure.  Instead you should stick to ibuprofen- it not only helps with the headache but treats inflammation.

Myth: Drinking coffee is a good cure the next morning

Fact: Alcohol dehydrates you by stopping the production of a hormone that allows you to retain water.  Coffee is a diuretic, which causes you to lose more fluids and could make your hangover worse.   After a night of drinking you should avoid all caffeine and instead drink water and sports drinks with electrolytes to counter dehydration and replace lost electrolytes.

Fact: The infamous “hair of the dog that bit you” cocktail doesn’t cure a hangover—it merely postpones it until later in the day.  Hangovers set in when blood-alcohol levels start to fall and the worst symptoms begin when the levels drop to zero.

Myth: Eating before bed will absorb the alcohol in your stomach and ease a hangover.

Fact:  Not true.  Food has to be in your stomach BEFORE you drink to help a hangover, that’s because the alcohol is delivered to your bloodstream more slowly giving it less of a chance to reach high levels.  All food slows digestion but fatty meals work best so eat a steak or pizza for example.  Instead of eating before bed you should drink a full glass of water before bedtime.

Myth: Wine is a gentler choice for you than beer.

Fact: When it comes to how you feel the next day, beer is the gentler choice.  Certain compounds in red wine can trigger headaches in susceptible people, which just makes the hangover worse.  Malt liquors, like whisky, also tend to produce more severe hangovers.  Overall, your best bet is to stick to lighter colored alcohols like vodka and beer.

Myth: I can match my husband drink for drink.

Fact: No way!  Women will always get more intoxicated on a smaller dose than men even if you weigh the same. The reason for this is that men have a higher percentage of water in their bodies, which dilutes the alcohol.  Plus men have higher levels of the enzyme that metabolizes alcohol so they break it down better than women.

Fact: Bottom line is it isn’t which order that you consume your drinks in that matters, it’s the total amount of alcohol that you consume.  With any alcohol, your inhibition decreases which often leads to drinking more…so if you start with a beverage that has a higher alcohol content your inhibition goes down more quickly and you tend to drink more.

Are You Stressed Out?